Titled “A Winning Mindset: Lessons From The Paralympics”, each weekly podcast will be life-lesson themed and provide a fascinating journey into the mind of a Paralympian.

In the week that the Paralympic Movement celebrates one year to go to the Tokyo 2020 Paralympic Games, the International Paralympic Committee (IPC) has launched its first ever podcast.

“A Winning Mindset: Lessons From The Paralympics” is a partnership between the IPC and Allianz. The empowering podcasts will not only be about sport, but cover an extensive range of educational, confidence and self-improvement themes.

The weekly podcasts debut on Friday 28 August on all the major podcast platforms and will run as an initial series of 20 episodes until early 2021. Several podcasts over the series will feature questions asked by Allianz employees.

The podcast series is being produced by content agency LiveWire Sport, which has worked with the IPC since 2018 and has a rich heritage in Paralympic sport stretching back to London 2012, through its BAFTA-winning partnership with Channel 4. The series presenter interviewing the athletes is British broadcaster Andy Stevenson, who has a vast array of Paralympic experience working for the BBC, Channel 4 and Whisper Films.

Each podcast will provide a platform for Para athletes to tell their sporting life, showcase their personalities and tackle subjects that are close to their hearts and of interest to fans. Issues to be explored include activism, leadership, motivation, changing attitudes, overcoming failure, mental health, resilience, diversity and inclusion.

The first two athletes to feature on “A Winning Mindset: Lessons From The Paralympics” are Great Britain’s two-time Paralympic 100m champion Jonnie Peacock (28 August) and the USA’s eight-time Paralympic champion in wheelchair racing Tatyana McFadden (4 September). Both Peacock and McFadden also star in a powerful new Netflix film about the Paralympic Games called Rising Phoenix, which debuts on Wednesday 26 August. The podcast also launches in the same week that the IPC is executing a Tokyo 2020 brand campaign called #WaitForTheGreats.

Craig Spence, Chief Brand and Communications Officer at the IPC, said: “We wanted to make a podcast that moves beyond sport and can offer self-improvement and confidence building. As well as their sporting achievements, Paralympic athletes have outstanding stories of resilience, tackling difficult situations and positivity. We also believe their stories are stronger and more meaningful than ever due to the heightened anxiety around the COVID-19 pandemic. Without doubt they will shine a light on the issues facing persons with disabilities and help transform the narrative around disability.”

Katharina Wiehrdt, Global Olympic & Paralympic Program Manager at Allianz, said: “As a longstanding partner, Allianz continues to support the people, values and sense of community that brings together the Paralympic Movement. Together with the International Paralympic Committee, this new podcast series is a great opportunity to share these inspirational stories with an even wider audience.”

Spence added: “The support of Allianz has been essential in developing A Winning Mindset: Lessons From The Paralympics. They have been are a fantastic supporter of Paralympic sport and our Chasing Greatness campaign with them over the last year, where we delved into the lives of Paralympians, was the catalyst for the podcast. It was clear there were rich issues-filled themes to explore with Para athletes. We are excited about the prospect of the Allianz employees asking questions of our athletes and learning more about the Paralympic Movement.”

“Just four months in I encountered my biggest challenge...” 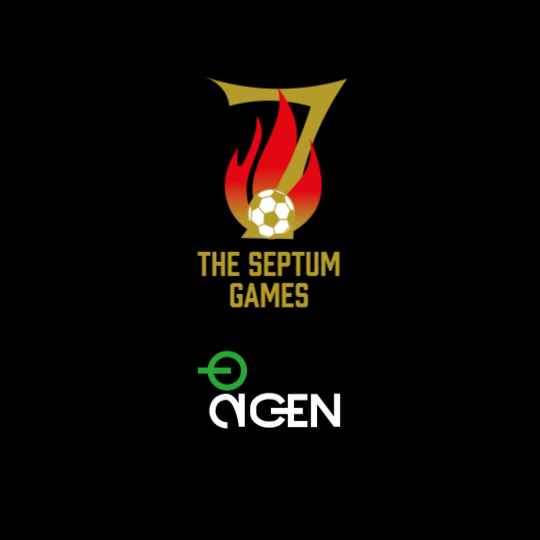