From Leicester to the world, via the BBC - Manish Bhasin tells us his story

This article is written by Mitul Samji, a freelance sports content creator and a member of LiveWire Sport’s first Diversity in Digital Mentoring Programme. LiveWire Sport continue to support the growth of diverse talent across the industry. Find out more about the programme here.

What’s the next best thing to a making it as a professional footballer?

For many people, it’s working in the sports industry in another capacity and - in one way or another - getting paid to watch, talk about and enjoy sport.

That was a journey Manish Bhasin hoped to fulfil, going on to establish himself as one of the UK’s most highly regarded sports presenters along the way. And professional football’s loss has been broadcasting’s gain.

The moment that changed Manish’s life came when he was shown around the BBC Radio Leicester newsroom in his early teens. The avid Leicester City fan, suspecting that his dream job as a professional footballer was moving out of range, decided to pursue a career in sports journalism.

Inspired by his newsroom visit, Manish studied Communication Studies with English at Anglia Ruskin University before completing a diploma in Broadcast Journalism at Cardiff University. Just as he had dreamed of as a teenager, he began his broadcasting career at his local BBC radio station in 1997, first as a junior reporter and then as a drive-time presenter.

Five years later, he made the switch to television when he joined ITV’s regional operation in the Midlands. But his major breakthrough on national television arrived in 2004 when he became the presenter on the BBC’s much-loved Football Focus programme and interviewed superstars like David Beckham, Jose Mourinho and Pele.

His next big move saw him present The Football League Show for six years, with Manish now establishing himself as one of the leading presenters for Premier League Productions, the organisation’s in-house broadcasting arm.

Speaking as a guest of LiveWire Sport’s Diversity in Digital Mentoring Programme, the 44-year-old discussed the challenges of his personal journey from local, to national and now global television, leading a lively group discussion on diversity in the sports media industry and the Black Lives Matter movement.

“There was a need for me to doubly prove myself [in the industry] because I was visibly different to those around me,” said Manish, who was born and raised in Leicester, one of the UK’s most diverse cities.

“It became an uncomfortable situation because it did put me under unnecessary pressure.

“Anybody of colour who is in a high-profile position or in the spotlight… you almost have to justify why you’re there. You have to battle accusations [that you’re there] as part of a box-ticking exercise.”

As a fellow British Asian, I can fully relate to Manish’s challenges. In addition to the wider elements of racism or unconscious bias in the industry he discussed, from my perspective I believe there are stereotypes within Asian society that can hinder young people in the community from entering the sports industry. These cultural barriers mean some young Asian professionals see the sports industry as more of a hobby than a career.

Racism, privilege, diversity and unconscious bias are all issues that have moved up the agenda in recent weeks, with the Black Lives Movement at the forefront of everybody’s mind, and Manish helped shape a dynamic discussion among LiveWire Sport's cohort.

“It’s when children are in school that their minds are opened, and we should grasp that opportunity to teach students about black history, diversity, and our current society, including its injustices,” she said.

“I hope this will educate generations to come and ultimately make racism and white privilege a thing of the past.”

Fellow mentee Connor Belle, a university student from the West Midlands, said that “everyday racism” ultimately stems from society failing to engage with some uncomfortable truths.

“Watching the unfolding protests in America, there’s a sense that people are confronting the many issues that are faced by black and other ethnic minorities,” said Connor.

“There’s unconscious bias, prejudice, organisational/institutional favouritism and other forms of injustice which are symptomatic of the problem at hand - namely, a lack of understanding of history.”

Another member of the programme, Will Humphrey, a creative writer from Bristol, said: “The BLM movement has demonstrated that racial inequality and discrimination are still prevalent in global societies, and it is up to everyone to address and eradicate it.

“The movement has illustrated how essential programmes like LiveWire’s Diversity in Digital Mentoring Programme are for helping diverse talent to break into and develop within the sports digital industry, regardless of their differences.”

The BLM cause, as part of a wider awakening of knowledge about diversity issues, could inspire many people to make their voices heard and be willing to contribute towards change in the sports industry. There are underlying issues that must be tackled in order to break those barriers.

Society must come together to play its part and I hope the BLM movement is now a driver for the change we want to see in the sports industry.

Find out more about the Diversity in Digital Mentoring Programme here. 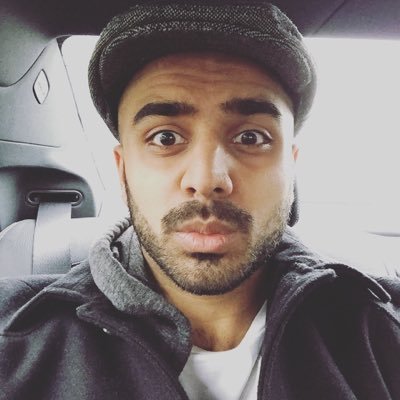