The behind-the-scenes story of the European Championships’ social media campaign...

Launching a high-profile multisport event isn’t easy. Establishing a new sporting brand takes some doing, and a clear and well-executed social media strategy was essential to help the inaugural European Championships cut through in a crowded marketplace.

With seven sports - each with their own stars, fanbases and digital audience - coming together in Glasgow and Berlin under the European Championships banner, it was paramount to develop a social media campaign that enabled the event to stand out from the pack while simultaneously uniting the different strands.

The overarching promotion of the European Championships was underpinned by the tagline #TheMoment, which worked across the entire event to celebrate success and amplify emotion, with each of the sports fitting into the overarching theme in the way which best suited them.

LiveWire Sport, who were part of the social teams on site in both Glasgow and Berlin during the Championships, spoke to the people at the sharp end of creating and implementing the campaign about how it came about.

“When discussing the tagline, inevitably there were initially different ideas, but ultimately we all aligned around this concept of “the moment”. The idea was that everything starts with the athlete and their journey, and that becoming a European champion – being the best at something out of nearly 750m people – was something to really celebrate. We always went back to the example of Adam Peaty, who set two world records at the 2014 European Swimming Championships and just didn’t get the recognition and acclaim that his achievements deserved.

“It was then a case of distilling that into a tagline which summed up the values and worked across the sports. We wanted to celebrate the moments that define who these athletes are and how they will be remembered. It’s a hugely versatile concept which is key when you’re working across seven sports and speaking to so many different audiences in different countries.”

Glasgow 2018’s head of strategic communications Michelle McGinty: “We championed the use of this tagline right from the beginning: we could see the power it had to be flexible, inclusive and create a sense of unity and ownership, a central priority for the marketing team.

“It didn’t just indicate the moment an athlete won gold - but equally the moment a volunteer achieved their goal or when, say, a schoolgirl had an encounter with the Championships which inspired her to be more active.

“We acknowledged that these moments don’t ‘just happen’: they are the crescendo of hard work, passion, commitment, collaboration and dedication, so it recognises all the contributors and creates a sense of unity and invites the audience to care, to attend, to participate and to enrich the event.”

Mulligan continued: “Turning the campaign from an idea into a reality comes down to the buy-in of the various stakeholders. There’s a lot of moving parts and without everyone’s buy-in it just wouldn’t have worked.

“It’s one thing for a group of brand experts sitting in a room in Heathrow to come up with an idea – but the adopters have to run with it. Glasgow were a key element in this as they were the first part of the operation to start using it publicly when they were promoting ticket sales. That was a catalyst for other stakeholders to understand what you could do with it and shape the message to their audience.

“We didn’t want to tell a diverse set of stakeholders exactly how to run the campaign. It was about providing them with the guidance and the assets to make #TheMoment work for them. Each federation understands what works best for their audience and the people they want to reach so everyone had freedom to mould things in the way that worked for them within the parameters of an overall campaign.

“We worked hard with the broadcasters as well so they really got #TheMoment as a concept. For example, it was great to see the BBC get behind it during the event and that doesn’t happen by chance. There’s a lot of legwork that goes in behind the scenes.”

European Athletics’ digital & TV manager Peter Sanderson: “In the build-up to the European Athletics Championships it was all about getting athletes’ stories out there - creating that narrative for the stars who would be competing in Berlin and not just relying on archive. What was brilliant was that the athletes were incredibly open and bought in to what we wanted to achieve. Everyone wanted to be part of it and it was great to work with stars like Greg Rutherford, Nafi Thiam and the Ingebrigtsens who were up for trying things which were a little bit out of the norm, like our poem and lots of little bite-sized features where we asked athletes not about their last race but about them as human beings.

“Then during the event it was about identifying the right moments, which weren't necessarily from the action itself. Often the real magic comes outside of where you expect it, so it was about capturing particular narratives, or emotions, or quirky incidents and selling it to the audience.

“We took a bit of a chance by having a relatable and young face to front our Instagram Stories, almost as a bridge between the athletes and the audience, and it really helped get people who wouldn't necessarily be interested in an event like ours to engage with us.

“It’s important to have a team that is able to adapt and make good editorial calls on the fly. You need people who can spot the big stories (as well as the less obvious stuff) and react under pressure. Preparation is important but rigid plans don’t work in a fast-moving and unpredictable environment like a major event.

“It's like if you're at the football with different generations of the same family, and the kids might be looking at the mascot or the colour of the players' boots and the grandparent is interested in the club legend who comes on at half-time, and the middle-aged guy is thinking about the tactics and the stats or whatever - you've got to think about your different audiences in that way.” 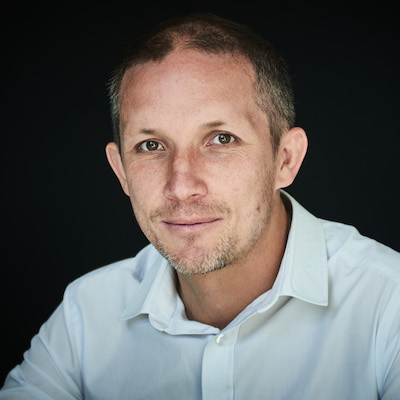